The closest thing to a reliable internal viewpoint I have found about the mess in honduras is coming from Figgylicious. She writes:

OK people, even if Micheletti not letting him in is a TERRIBLE idea, Zelaya has thrown aside the advice of the international community, the church, his OWN DAMN PEOPLE to not return to the country and he is STILL trying to come in? He is still urging the protesters to confront the military and storm the airport? really? is that REALLY the way that he wants to return? after a bloodbath?

Again--GET YOUR HEAD ON STRAIGHT. Leave! Go to El Salvador! Have some TALKS, for God's sake, and stop panicking the hell out of your people. Jesus. This is complete insanity.

I can still hear A plane going around. Don't know if it's THE plane. No one is saying if he's left for good or not. Good lord.

But really, Zelaya is an irresponsible, thoughtless man. Unbelievable. I do hope that the international community looks at what Zelaya could have occasioned and don't hold him as blameless as they have before. He was calling for civil unrest! Micheletti was wrong, but Zelaya was just as wrong. Unbelievable.

A friend I have, vacationing in Honduras, writes:

So here I am… Finally living the dream that I have had for so long now, and hoping that its not going to be taken away. It is Sun night, time for bbq’s and snorkel tests for my two friends. A nice gathering of people and a great time. As we ready to fire up the grills, my hopes for the evening diminish. 6:30 curfew, all news has been shut down, Nic is supposedly set to invade Hon if necessary. Is the president even still alive? To put it quite simply, shit is hitting the fan and we cannot even find out what is going on. We do not know if we are about to be in a war of some kind, we do not know anything. Yes, I am here on this wonderful little island with great people, realizing my dream of working as a dive professional, but am I going to be able to stay here??? Where would I go, what would I do. I have to start thinking about registering my passport with the american embassy, really?? I come up from diving a wreck, learning how to go inside and all these amazing things, and in the next moment of time, I am thinking of how this really could affect me. What happens if I cannot finish my course?? Financially what are my options, not many I can tell you that. I don’t even have someone I can call and say, hey lend me some money I am in central america and a war just broke out, can you help me?? Yesterday I (attempted) to celebrate the 4th of July, celebrate freedom… in a country that we have absolutely not a single right at the moment. The military is free to do whatever they want and we have to comply. Until this point, it has been in my head a little bit, but now we don’t even know what kind of crazy shit we are going to wake up to. Frustration is running high right now, we have not been able to go out past 10 pm for a week now, and tonight we cannot even be out past dark. People are not coming to the island like they should be, so many places are empty, and most people are talking of leaving. This is such a strange thing to go through having grown up in the states, we have generally had a strong sense of security and although it has been shaken and tested, all has been generally safe and sound. I have never had the military tell me I couldn’t go out or I would be arrested. I have never had to think of fleeing a country because whatever crazy thing might happen. I wanted to be a world traveler, well here I am, living out a piece of history whether I like it or not.

Capitalizing on the Concorde

This article is the second (out of four) in replies to Chip's arguments in this blog post of mine, as well as this one. My first reply, attempting to combat some of his futilitarianism, is here. (I miss usenet, it was far more suitable to long, winding conversational threads, but I digress)

Things like the Concorde, and its ilk are basically (like today's 'globalism) accidents of cheap non-renewable and polluting energy in the form of oil and coal. Today's standard of living, with all its problems is temporary.

Yes, today's standard of living is temporary. It may well be that humanity as a whole has peaked, and is headed towards a downward spiral, or it may still be on an upward one. One thing I am sure of is that the standard of living will change. It may get better in China, and worse in America. Or both systems decline, and South America and Africa see their day in the sun. Secondly I disagree with the concept of a "standard" of living entirely. Does it mean two cars in every garage, a 50 inch tv, and sushi every night? A "standard" implies that there is a universal evaluation of the valued items of living itself. I, personally, am a million times happier now that I no longer have to work 18 months out of the year to keep a roof over my head. There are plenty of things I miss, however. I'd like to get some more advanced vehicle in my house than sandals, and could use an x-ray on my knee. And I wouldn't mind if I could find some agency willing to fund some of the things I think are important for the survival of the species.

Non-renewable and polluting energy is remarkably handy stuff, and we've squandered it, and are continuing to squander it. If you are going to use it, then use it if the your life, and the lives of everyone you know and love and care for including the generations yet to come depended you not wasting it. The Concorde was an interesting experiment. But it was also a huge waste of resources, energy and time [bold mine] .

I heartily disagree with your last two sentences. For starters, an "experiment" is an experiment. By definition, you don't know what the results are going to be.


At the time of Concorde's development, no-one knew the full extent of our oil and gas resources. We still don't, although current surveys appear compelling. We didn't know, when Concorde was started, how efficient such an airliner could be. We couldn't forecast demand accurately, and we didn't know the extent to which sonic booms would inflame the populace against overland crossings. These are some of the direct results of the supersonic experiments. More: 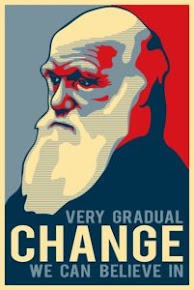 Concorde pushed Duralumin based construction to its limit. More use of titanium would have helped, but in the 1960s the state of the art in use of that material only existed in the SR-71 Blackbird. Over the past 30+ years the use of titanium, has gone from that very specialized use into laptops, and cars, and a variety of everyday devices, including pens. The upcoming Dreamliner aircraft (as well as SpaceShipOne, Two, and Three) make extensive use of composite materials to further reduce weight and fuel consumption.

When operating Concorde at its design point at Mach 2, it was the world's most efficient jet engine.

The amount of fuel used by all the supersonic aircraft in history is a drop in the bucket compared to our "normal" energy uses.

The Dreamliner is expected to be 20% more efficient than the 747.

Discarding an idea because it didn't work the first time is a false efficiency. I believe in constant, incremental change, and experiments to determine future directions for that change.

Research also continues into hypersonic flight, as well as into aircraft that emit a more minimal sonic boom.

[I will have more to write about this later, I am just trying to break a very long email reply into more sane component parts right now]