There was an earthquake that destroyed large portions of the town that I still think of as "home", Santa Cruz, california. I wasn't there, but when I moved there 6 months later, everyone was still kind of traumatised. People coped in various ways. Everyone there on that day has a very clear memory of it, and in some ways I wish I had been there for it.

My friend Evan - who I hadn't met yet - coped with the quake in his own distinct way: 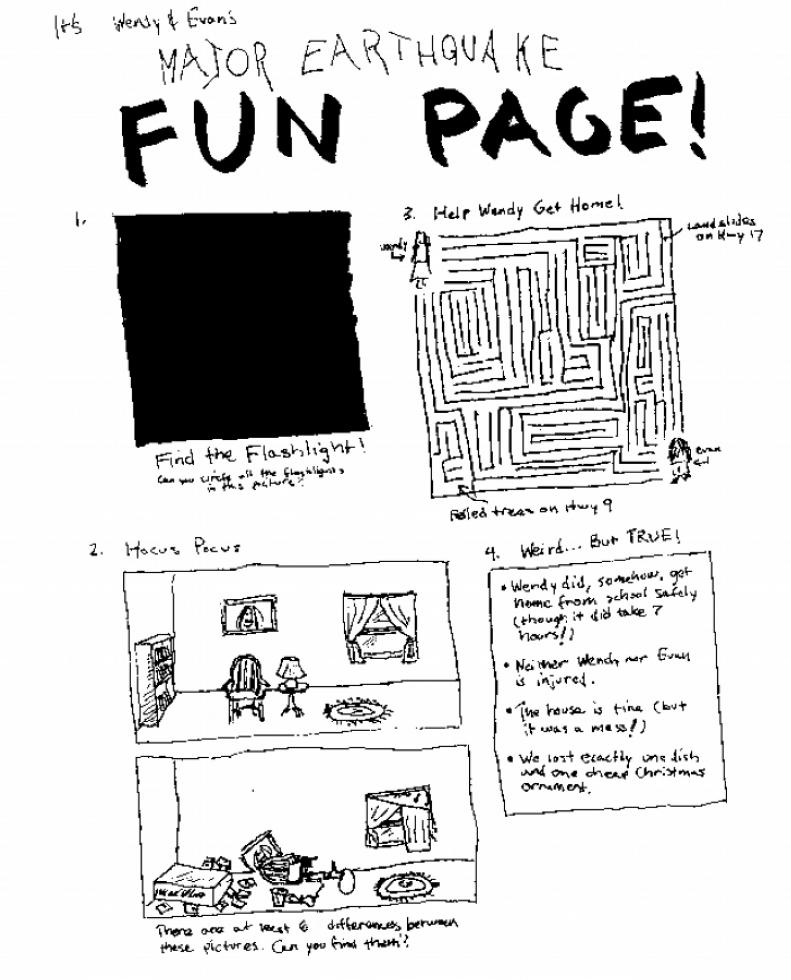 One mistake, and PocoBelle becomes a brick

It was a dark and stormy saturday night. Power and internet were offline. I'd got to where I was satisfied with the Linux kernel I was running. It was doing everything I needed to do, I'd loaded up all my apps and (with a 256MB of swap) hadn't had a crash in a week...

I wanted to focus on userspace, and make Pocobelle boot standalone so it didn't need to fetch, via tftp, its kernel anymore, and could stand completely alone...

(About the only bit of tuning I wanted to do was make it boot faster, I had had to put a rootdelay=10 seconds into the Linux boot so I didn't have to do any special magic (e.g. switchroot) to complete the boot off of the USB stick. But it booted in less than 2 minutes, and that was fine.)

I was *happy*. (Getting to where you have a stable kernel makes EVERYTHING else a thousand times easier)

Soooo... I decided to write the the "stable" kernel to the on-board flash. I went into RedBoot and did a:

Not remembering how Pocobelle got this way, (I'd had it in a box for 4 years or so) I blithely assumed that this was all I needed. I kept scratching my head over how this layout failed to match what was in the kernel for the layout:

My assumption was basically that I had an advanced kernel with a preproduction redboot and that the partition table info here was incorrect...

I did an fis init -y to clear out the uselessly small Linux partition, hacked the TS7250 driver to take my new partition table, built a new kernel,

Allocated 4MB for the new Linux kernel at 0x60000000. Erased that partition, tftp loaded and wrote the Linux kernel there...

Result: 1 brick. Pocobelle never gets to Redboot. It jumps right to Linux and blows up shortly thereafter.

I figure I overwrote the TS-BOOTROM, which, although it wasn't marked in the bogus fis table, was hiding at 0x06000000. The system has enough brains to jump to that spot, that's all....

Now, there may yet be something to do that will get me into rewriting the ts-bootloader into the NAND flash from the serial port. But I doubt it. (I'm writing this blog entry unattached from the internet, like I do a lot these days, so I can't google)

Post googling Update: Joy! There's a tool to boot from the serial port! Boo! I have to build redboot from scratch for it to work. I've been meaning to do that anyway, but...

There's no one to blame for this but myself. I should have dumped the contents of the flash there and looked at the strings in it to see what it meant before I overwrote it. Shoulda, but I didn't. I normally would have done that, back when I was doing this professionally. I would have puzzled and agonized for days over the mismatch between the flash info, the documentation, and the source code...

(Back then, the boards I was working on were usually very early prototypes, worth thousands or tens of thousands of dollars. My fear factor with a 145 dollar board is considerably less.)

It would be easy to fix if I had a jtag interface available, or was still living in the Silicon Valley, where I could visit any of a bunch of friends at companies that keep stuff like that lying around.

Sadly, this is the furthest I've been away from a jtag debugger in a decade. I keep meaning to get one, but they tend to be rather project specific and I've been unable to settle on the right boards for what I intend to be doing.

The nearest jtag debugger is probably 1200 miles away, in Florida, maybe further than that as Florida isn't exactly known as a hotbed of embedded development.

OK, so I rationalize to myself:

This was just an experiment, after all, to see what I could do that was new and different in the embedded world.

I've pretty much determined that the range of software I want to run is going to require at least 256MB of ram, and I might as well go for 512MB. I was kind of hoping to keep prototyping on the board (it was already quite useful as it was).

At the time that I killed Pocobelle... I was successfully running (all over ipv6):


All on this 300mw power sipping machine. I'd transfered every function I'd had a dedicated server (an old laptop) doing onto this box and was ready to turn it off...

The only things that were annoyingly slow was heavy duty disk writes, (databases in particular) and the startup of interpreted programs was very slow, particularly in the web service side.

I had just switched (yesterday) from apache to using lighttpd - which was much faster than apache and, as a bonus, gave me high speed .flv streaming) and was working on getting fastcgi to work with the web interfaces for dimp, cricket, zoneminder, and my new blogging software.

The darn thing was getting useful. I was actually getting dependent on it... it was routing my /48 ipv6 network, and running DNS and mail for the whole house and was serving up a bunch of mp3s and videos...

I'll miss you, pocobelle. I'll get you fixed as soon as I can, I promise.

The beauty of this particular project is that I can retreat, for a while, into booting into a qemu emulator of the arm processor in it. I never needed actual hardware to run it in the first place. It WAS essential I prove the board and kernel reliable and get a feel for it's performance. That's it.

All the binary code for it actually lives on a USB stick. I can just pop that stick over there and resume working.

(This is so much better than life in the old days, pre-usb sticks, pre USB, even... I have spent months in my life in a jtag debugger, just trying to get freshly designed and probably buggy board to run the first 50 instructions...)

So I slammed the USB sticks into another machine, made a copy, converted the result into qcow2 format, and booted up pocobelle virtually via qemu. The out of the box Linux kernel I have for that emulator is the Versatile variant of arm, which needed a bunch of modules, so I booted up another copy of the emulator that accessed the original versatile system image, and copied those over. I told inittab to use a slightly different serial port (ttyAMA0) and /etc/securetty (to let me login on that port)

And vPocobelle came to life once again! (I still need to figure out the tun interface to get the emulator on the net, however)

It's actually 3x faster to run out of the emulator in this case actually!! And the kernel I was using was fully baked! I was done. I didn't need to work on it anymore! And I'd intended to focus on userspace issues anyway and see what more memory did for me...

So (temporarily) losing the hardware is a setback, but only a minor one.

I really, really liked that it let me stay on the internet for a week without power. I'm writing this now, without power, or internet... (Note to self, get more gas for the generator monday)

I have no friggin idea how or when I'll get Pocobelle to boot again.

Maybe I'll find some california surfer dude visiting that can pick me up one in the Valley on the way down here....

It's probably cheaper to just get a new board...

I wonder what that will be?